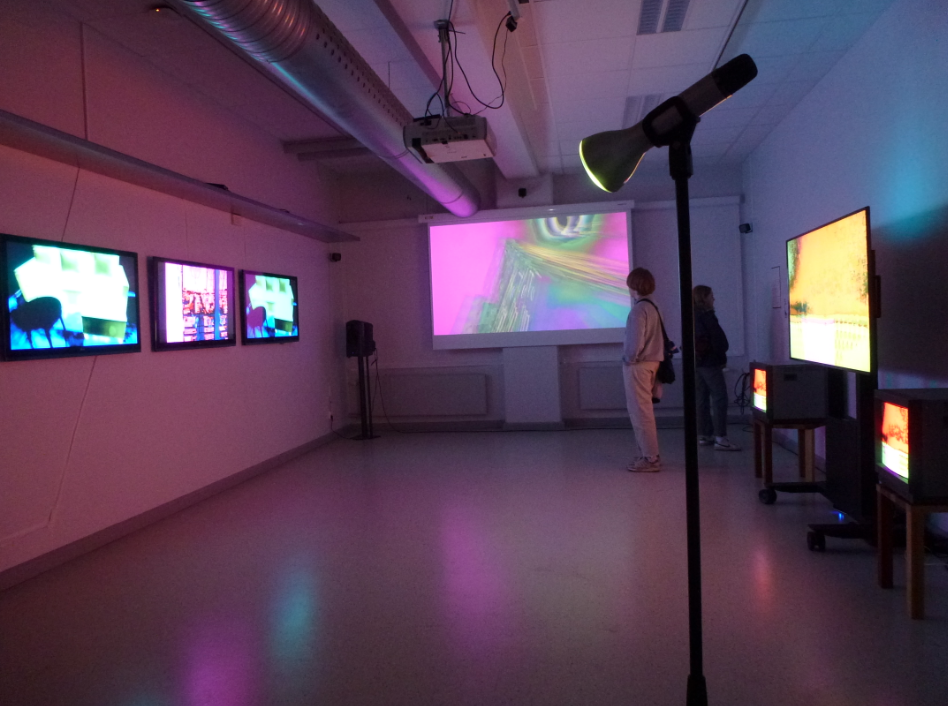 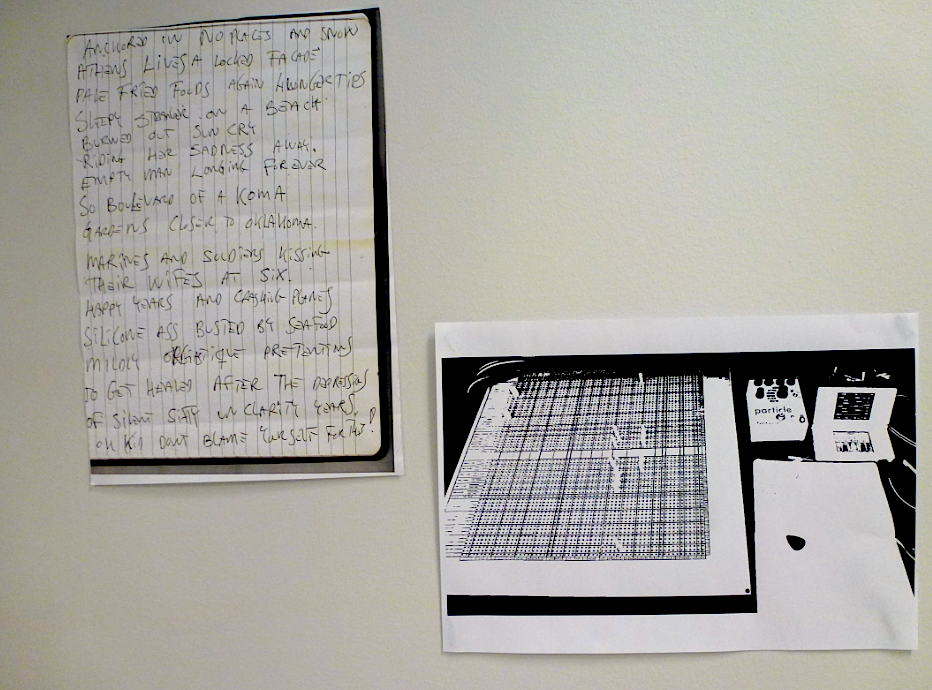 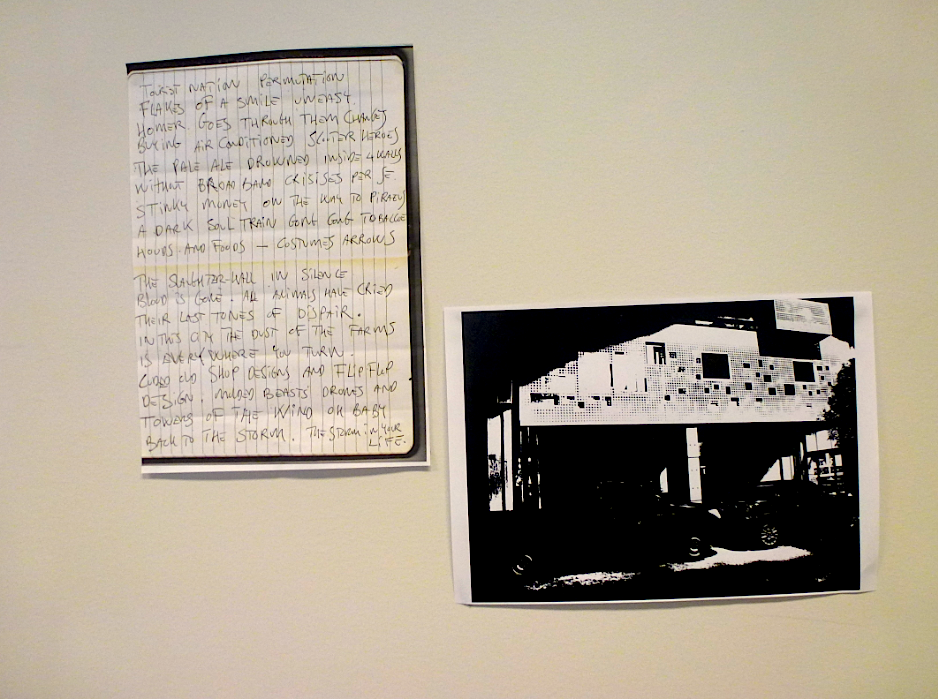 A poetic vision of a person visiting buildings of Athens and the meeting with a newly restored EMS Synthi 100 cult-synthesizer in the KSYME studio
- started by Iannis Xenakis ao. in 1979.

The visual side consists of a serie of 8-12 video-short-films on monitors and a large screen.
A kind of ”electro acid painting” of elevator-tripping in skyscrapers and of interieurs from Athens.

The sonic side consists of intense static vs ecstatic passages of 1-2 minutes with the sound of the amazing EMS Synthi 100 moving through the PA.

Outtakes from diaries and photos glued to the wall is seen as a tactile counterpoint.
Centrally in the space there shall be a stand with a karaoke mike/speaker with recitations from the diary.

The Static Teller project was initiated in january 2014 in Rotterdam (The Worm).

At these four stations Teller had meetings with big old and still functioning cult-synthesizers in reknowned electronic studios. Already from the beginning he wrote down poetry and songs as a reaction or a dialogue with remarcable architects buildings, synthesizer-related idéas and interesting details of the 4 cities. These texts reflect on the actual buildings, synthesizers and life in general.

Simultaneously Teller filmed countless short and static videos of buildings, interieur, synths, design-details and street-songs. These videos he treats with a RGB-effect in MAX/MSP/JITTER, to give them a new feel of space with a strong colour-grading and suggestive humor.

A new 7” vinyl with two titles ”STATIC EX STATIC” and ”BEEP IS THE DEEP” was released on the opening day.

Supported by The Danish Artistunion.